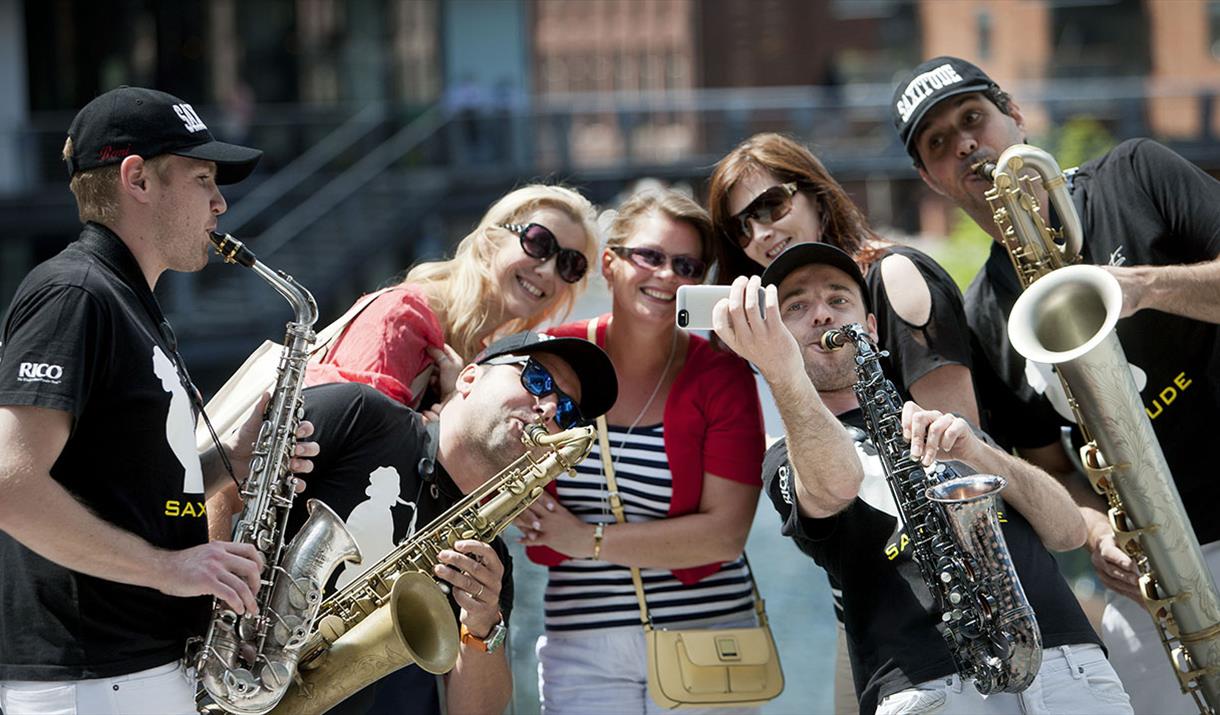 THE SHOW GOES ON! THE JAZZ FESTIVAL RIDES AGAIN!

The 36th annual Birmingham, Sandwell & Westside Jazz Festival will take place, not in July, as originally scheduled, but from Friday 16th to Sunday 25th October.

With 36 events it won’t be the usual Jazz and Blues extravaganza our audiences have grown accustomed to but there will some of UK’s finest musicians alongside our local talent - and even the bawdy, good time blues of The Jim Dandies from Bassano del Grappa, in Italy.

As well as straight–ahead performances there will be a record session, Jazz film show and shows will be streamed live from West Bromwich Central Library, Wednesbury Library and from deep in The Chilterns, which can be viewed live, as they happen in the comfort of the Brasshouse and the Bulls Head in front of a decent pint of Brummagem beer.

All venues, musicians and festival staff will be strictly adhering to government Covid19 ruling and singers will have a Perspex screen between them and the audience.

Festival Director Jim Simpson said “this is the third time this year we have constructed the festival. The July event, with more than 200 programmes planned, was floored by the virus. We then delivered a 10 day Virtual Festival over the dates originally planned for the annual event, and here we are with what promises to be a most welcome celebration of some great music. We’ve encountered a bunch of delays and diversions but we’re going to press ahead fully in the expectation of a great event in an unexpected October heatwave until circumstances tells us we can’t.

The full festival programme has now been released online at www.birminghamjazzfestival.com

The festival presents more than 150 performances alongside workshops, talks, exhibitions and masterclasses, and almost all of it is free to attend. Performances take place in shopping centres, streets and squares, bars, restaurants, clubs, hotels, art galleries, markets, libraries, parks, railway stations, canal boats, and sometimes even on buses and trains!

From Friday 16th July, every day until Sunday 1st August this region will once again become the centre of jazz and blues interest with 136 performances, 129 of them free admission, featuring 203 musicians in 52 bands appearing in 63 venues throughout Birmingham, Sandwell, Sutton Coldfield and Solihull as well as shows in Dudley and Redditch.

Everyone, experienced or not, is invited to attend the Jitterbug and Charleston dance lessons, Ukulele and Harmonica Workshops, to join the Festival Sketch Crawl or to get involved in the photography – and that’s all free as well.

Bands and music lovers from throughout the UK will join local fans for the UK’s biggest and best free jazz party.

The printed free festival programme is available from all festival venues as well as from The Festival Information Centre at The Bulls Head on Bishopsgate Street, off Broad Street in Birmingham – or by contacting the festival office by telephone on 0121 454 7020 or by email admin@bigbearmusic.com