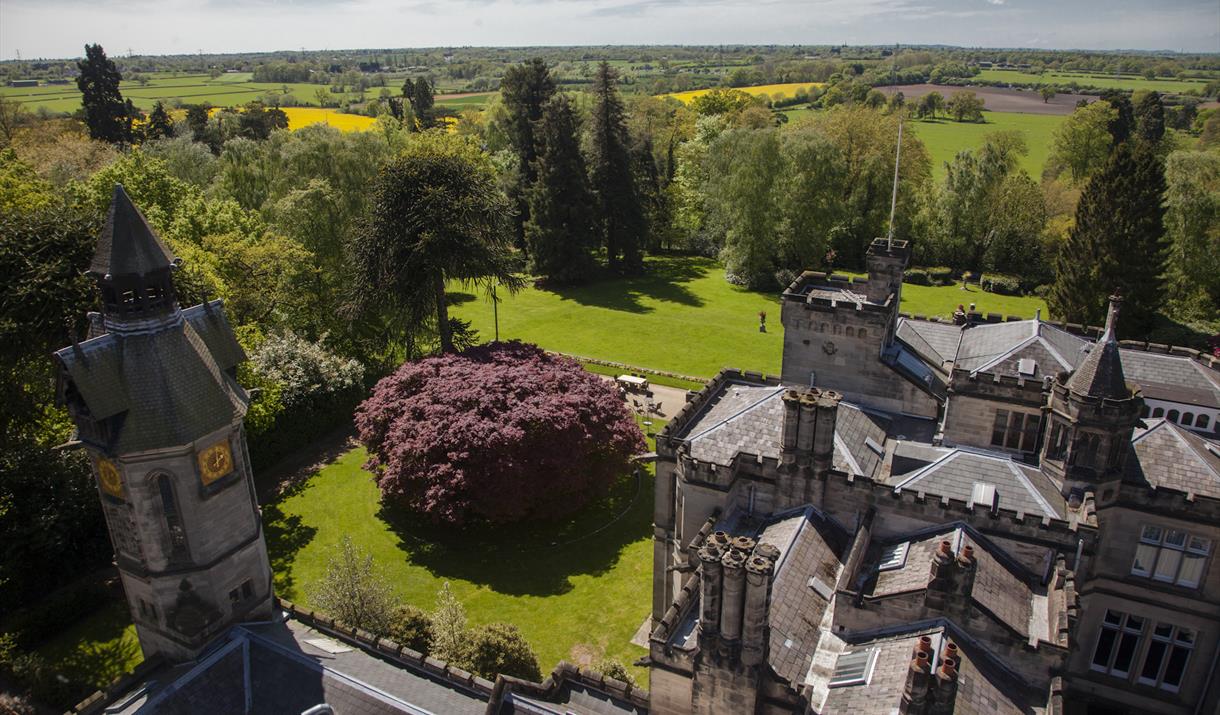 A hidden gem nestled in 45 acres of parkland walks, secret paths, formal gardens and a historic landscape, Hampton Manor with its exceptional Fine Dining Restaurant Peel’s makes for all the ingredients of an unforgettable experience.

The restaurant is set in the historic courtyard of Hampton Manor, surrounded by 45 acres of woodland and just 2.5 miles from the NEC and Birmingham Airport. Hampton Manor is a 19th Century country house that is independently owned and has been recently restored and developed into a stylish hotel with 15 individually designed bedrooms created for comfort and leisure. Three very well appointed meeting rooms for any and every event to include private dining and exclusive weddings.

Hampton Manor was originally  built by Sir Frederick Peel, son of Prime Minister Sir Robert Peel in 1855. He built the manor as a home and venue to host numerous political, commercial and social functions that filled his diary.

The clock tower, which overlooks the restaurant, was designed by well known architect William Nesfield. The clock and the faces have recently been restored and add a dramatic backdrop to the restaurant. The courtyard is now covered with a glass atrium to form Peel’s Restaurant and the old coach house has been transformed into Peel’s Bar.
All the historic features have been carefully retained. Sir Frederick Peel’s coat of arms can be seen carved into the stone walls; the old wheel from the water pump now formsthe centre piece of the wine cellar and you can even still see the marks on the stone arches made by the coaches as they were taken in and out of the coach house.

Hampton Manor's Victorian walled garden has inspired the approach they bring to their menus. Rob Palmer, was among the first chefs to join their team when they opened.  He took charge of the kitchen at Peel’s Restaurant at 27, and a Michelin star and fourth AA rosette followed. He is rigorous in his approach to flavour and committed to the main ingredient on the plate.