You are here > Home > What's On > Milos Karadaglic: Homage to Segovia

The Classic BRIT Award-winner is the world's best-known classical guitarist. He received unanimous acclaim for his 2016 Beatles album. "Love at first listen" is how Miloš describes the moment when, as a child in Montenegro, he first picked up the old guitar that was lying around his childhood home gathering dust. Montenegro in the early 1990s was not an obvious gateway to classical music, hence his family were cautiously supportive when, aged 14, Miloš decided to go to a specialist music school. Leaving the Balkans and arriving in London to take up a coveted place at the prestigious Royal Academy of Music was, he says, "a bit like going to Mars." 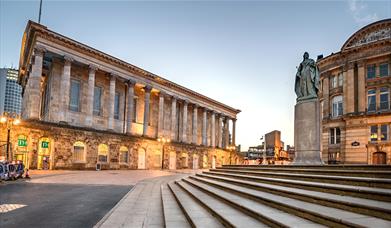 Birmingham Town HallConveniently located in the center of Birmingham, Town Hall is a striking historical backdrop for your next event.