You are here > Home > What's On > Edward Lear: Moment to Moment 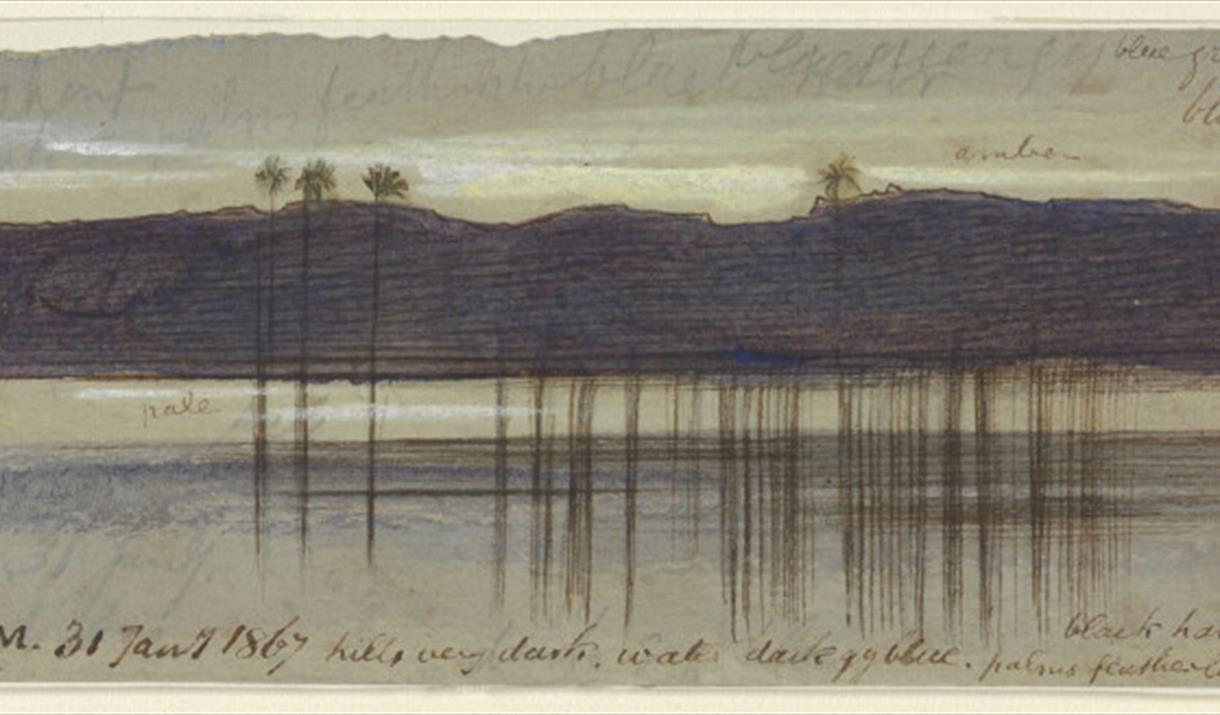 Ikon presents Edward Lear: Moment to Moment, the first exhibition dedicated solely to Edward Lear's landscape sketches. It comprises 63 works - many exhibited for the first time - borrowed from various private and public collections, including the Yale Center for British Art, Houghton Library at Harvard, Tate, the Gennadius Library and the Ashmolean Museum.

Tracing journeys made by this prolific artist, author and nonsense poet through Europe, the Middle East and India across many decades, the exhibition reveals Lear's compulsive drive to depict and evoke the present through his in-situ drawings.

Lear is best known for his limericks and poems such as The Owl and The Pussy-Cat (first published in 1871), but has also been recognised as "the finest bird artist there ever was" (David Attenborough). His artistic output ranged from medical, botanical and ornithological illustrations to finished landscape paintings destined for the Royal Academy. A nomadic figure, he led an isolated life to conceal his epilepsy – a condition which carried great social stigma at the time – spending more than 50 years travelling and making over than 9,000 pictures as he went. Moment to Moment thus comprises extracts from a visual diary, curated chronologically with works falling naturally into geographical areas.

An overarching interest in Lear's process anchors the show. Many of these in-situ depictions of landscapes were never intended to be shown publicly; they provide a rare insight into Lear's need to capture the moment, illuminating his experimental methods of composition, successive drafts, doodlings and written marginalia. Lear regularly numbered the works, noting the place, date, and exact time of day that he drew them. For example, Ikon exhibits five successive drawings entitled Amada, 12 February 1867, made at 6.50am, 7.10am, 7.20am, 7.25am and 7.30am. With an immediacy often associated with 20th century modernism, each slightly differs in perspective and the subjects it foregrounds; some accentuating a dilapidated building, others the earthy rubble and surrounding landscape. Lear strived to depict a 'here and now' by being as susceptible as possible to his circumstances.

Lear's drawings sometimes blended realist detail with the fantastical. In this way, they can be seen as corresponding to his poetry: both conjure up a world that feels both familiar and strange, marked by elements of nonsense and the unexpected. For example, Ikon exhibits four works of Maharraka, 14 February 1867, depicting the Egyptian Temple of Maharraka, near Lake Nasser. Lear illustrates the ruins with close attention to architectural detail; cracks can be seen piercing the walls and fluting in the columns. Yet one of these works features a distinctly abstract, stick-like figure in the foreground. Much like the moving figure itself, Lear creates a composition that dances between fantasy and reality, injecting the landscape with an energy that brings the ruins to life.

As Lear gets older, his works begin to loosen up with greater immediacy and spontaneous quirks. Three depictions of The Forest of Bavella, 29 April 1868 evoke the breaking sunlight against the southern Corsica mountains. Contrasting the dark, looming pines, Lear wrote "no frenzy of the wildest dreams of a landscape painter could shape out ideal scenes of more magnificence and wonder." Desperately trying to preserve the moment and its shifting shadows, Lear jotted marginalia as 'darkish, brown, green, light, seen, through, blu' as an aide-mémoire. The Bavella sketches exemplify a kind of impressionism, transporting the viewer to times and places that Lear experienced.

As Matthew Bevis explains: "Lear's pictures became a way for him to inhabit and question his experience, to live in and beyond the moment. This exhibition offers viewers a chance to take part in a Learical drama played out between the emergent and the ephemeral—and to see how his work speaks from his moment to ours."

Moment to Moment is co-curated by Matthew Bevis, Professor in English Literature at University of Oxford, and Jonathan Watkins, Ikon Director. The exhibition is accompanied by a catalogue and an extensive public programme which reflects Lear's personal histories. A one-day recorded symposium entitled Edward Lear in The Round also takes place on 12 September 2022, drawing on key themes of the exhibition and spanning across Lear's oeuvre.

The exhibition is supported by the Arts and Humanities Research Council (AHRC), The Finnis Scott Foundation and University of Oxford. 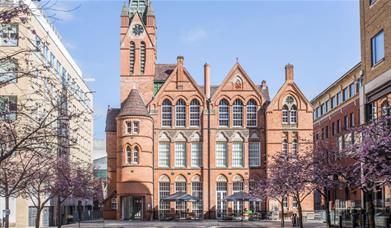