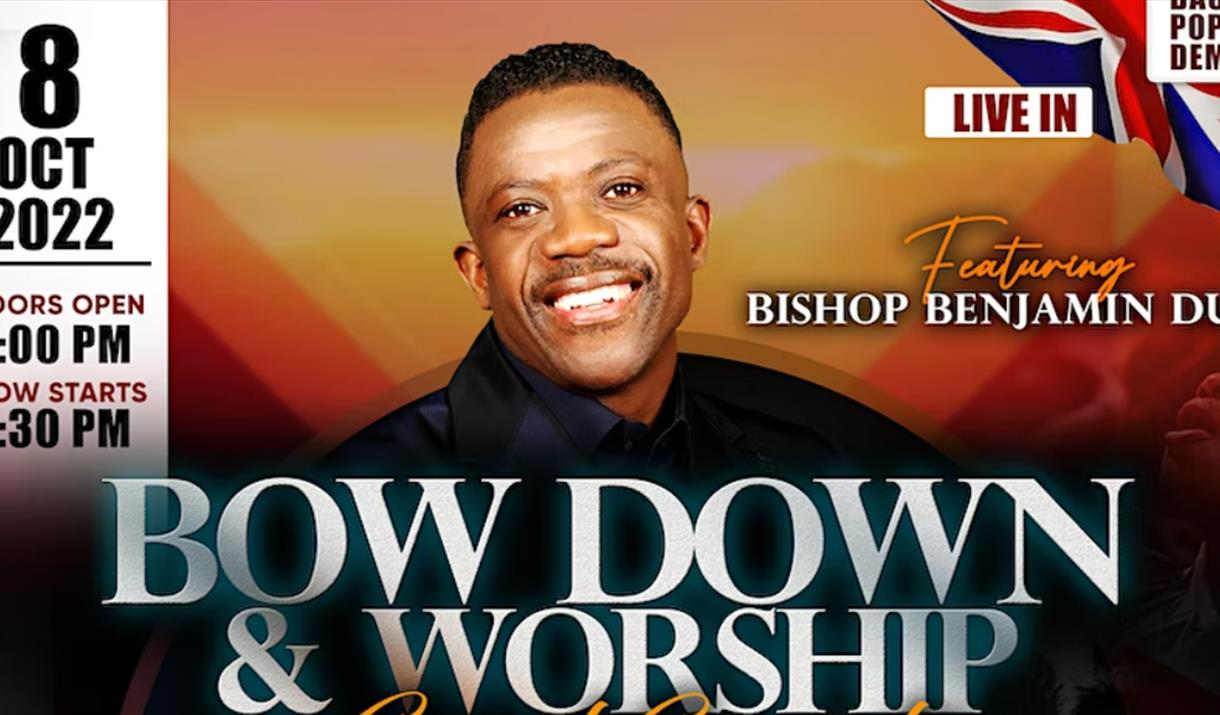 The moment we all have been waiting for, Back By POPULAR DEMAND – Bishop Benjamin Dube is coming back to UK with his entire band in Bow Down & Worship Gospel Concert.

Benjamin Dube is a popular South African gospel songwriter, singer, music producer and pastor. He was born to the family of the late Reverend Benjamin Dube (Senior) and Mrs Grace Dube

He is the senior pastor of High Praise Centre. While Dube kept releasing singles and albums, his own church ministry was growing.

Dube also created Dube Connection; a music label licensed to Sony BMG and Spirit Music for his own recordings as well as those of his sons, the Dube Brothers while he signed others. 2010’s Worship in His Presence went platinum while 2011’s Praise the Lord: The Collection, Vol. 1, was certified gold. When he was home in South Africa, Dube preached and sang to thousands each Sunday. On foreign soil, the many sold-out houses and churches he played demanded his evangelical message as well as his music.