You are here > Home > Things to Do > O2 Academy Birmingham 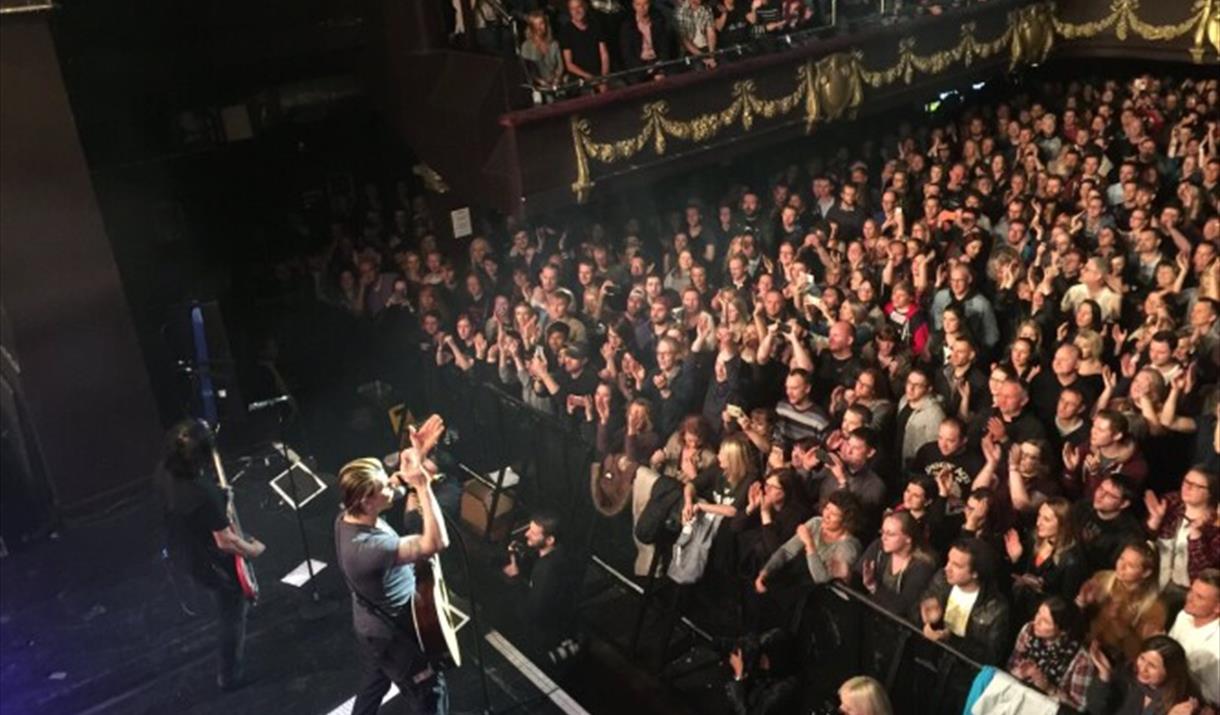 O2 Academy Birmingham has been a landmark venue in the city since it first opened in 2000.
With over 500 events a year across its three rooms, it brings spectacular live music to the city from the hottest bands about to break to global superstars.

Birmingham has a number of train stations, the main one at the heart of the country being Birmingham New Street that connects all major cities in the UK. We also have Moor Street and Snow Hill for other local destinations around the Midlands.

Birmingham New Street station has recently undergone a long phase of development works and improvements, so do check regularly for updates to station access and exits.

O2 Academy Birmingham is only about 500 metres away from Birmingham New Street station. Just leave the through the Southside exit towards Smallbrook Queensway and we’re a stones-throw from there, please only follow the pedestrian access routes when crossing the busy roads.

By bus:
Birmingham has a huge bus network, connecting the city to the wider region, with lots of bus terminals including New Street and Broad Street. Full information and routes can be found at Network West Midlands.