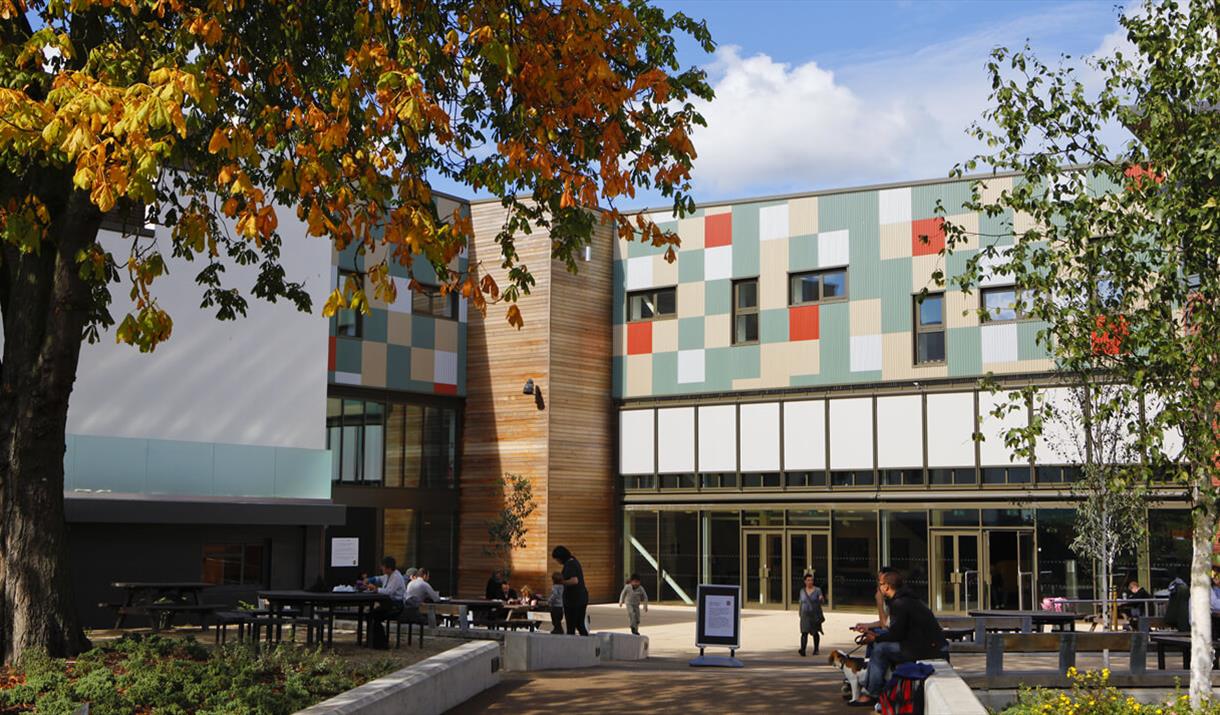 With four performance auditoria including an outdoor arena, rehearsal and media studios, a cinema, visual art galleries, cafe and bar, mac birmingham presents a broad range of contemporary work from both emerging and established artists across genres.

Fully accessible - the venue offers free WiFi and a range of rooms for hire for meetings, conferences, performances and rehearsals.

mac birmingham is located in Cannon Hill Park, Birmingham, opposite the County Cricket Ground on Edgbaston Road, off Pershore Road (A441) and Bristol Road. (A38). mac birmingham is easily accessible using all the major city road routes and is served by a number of buses from Birmingham City Centre including 1, 35, 45, 47, 62 and 63. No 1: From Five Ways, Egbaston, Moseley and Acocks Green. The no 1 stops right outside mac birmingham on Edgbaston Road. No 35: From City Centre, Balsall Heath, Moseley and Kings Heath. The no 35 stops just around the corner from mac birmingham on Willows Road. No 45/No 47: From City Centre (Corporation Street, Stephenson Street, Smallbrook Queensway), Selly Park, Stirchley, Cotteridge and Kings Norton. The buses stop on Pershore Road, five minutes walk from mac birmingham. No 62/No 63: From City Centre (Corporation Street, Suffolk Street Queensway), Rubery, Rednal, Gannow, Northfield and Selly Oak. All three buses stop ten minutes walk from mac birmingham on the Bristol Road, near the Priory Road/Bristol Road traffic lights. You can find us by walking through Edgbaston Mill or driving along Queen's Ride, where there's a large free car park (owned by Birmingham City Council) and bicycle stands. 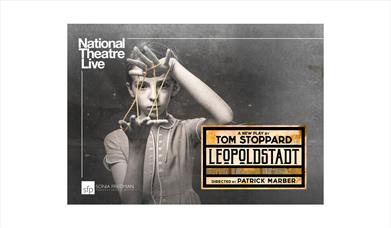 NT Live: LeopoldstadtAt the beginning of the 20th century, Leopoldstadt was the old, crowded Jewish quarter of Vienna, Austria. But Hermann Merz, a factory owner and baptised Jew now married to Catholic Gretl, has moved up in the world. We follow his family's story across half a century, passing through the convulsions…
more info 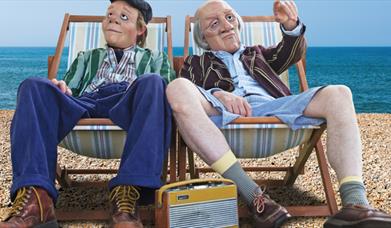 Vamos Theatre: Dead GoodBob and Bernard don't have that much in common. But after a chance meeting at their weekly hospice group, they realise they share one ambition – to do some serious living before they die. So, with a bottle of Bollinger and the keys to Bernard's Bentley in hand, they hit the road, and take on one…
more info 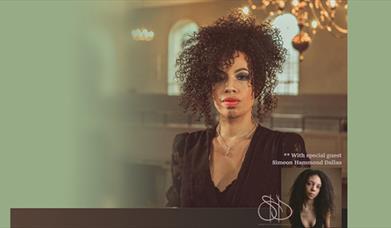 Lady Nade: Willing + Simeon Hammond DallasEclectic Americana Folk Singer-Songwriter Lady Nade pours creativity into every song, often lavishing them with a recipe to match. Regardless of lockdown and the pandemic Lady Nade has continued to use the power of her creatively and songwriting to aid health and well-being.
more info 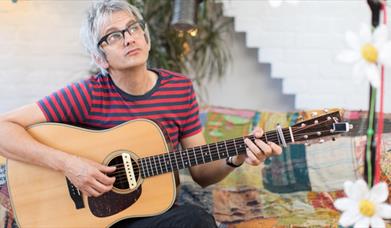 Nick CopeNick Cope has been writing and recording his beautiful and totally unique songs for children and their families for over 10 years, he performs with his guitar and animations to sell-out crowds all over the country. He has an incredible fan base from all over the UK which has just grown immeasurably…
more info 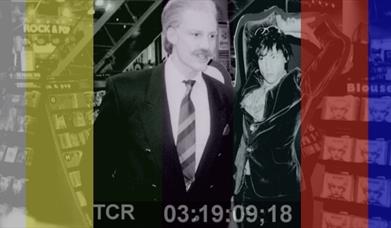 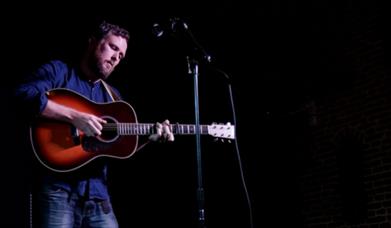 Jon Wilks: MidlifeJon's background as a journalist (a former editor of Time Out magazine and contributor to Dazed & Confused, The Guardian and other publications) means that he has a great eye/ear for a story, and this shows in his live shows – an amusing mix of folk song performance and conversation. He throws in…
more info 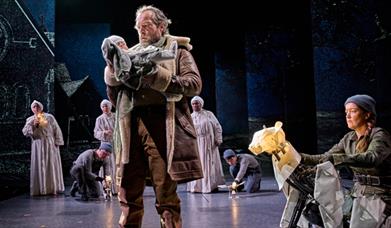 NT Live: The Book of DustSet twelve years before the epic His Dark Materials trilogy, this gripping adaptation revisits Philip Pullman's fantastical world in which waters are rising and storms are brewing.  Two young people and their dæmons, with everything at stake, find themselves at the centre of a terrifying manhunt.…
more info 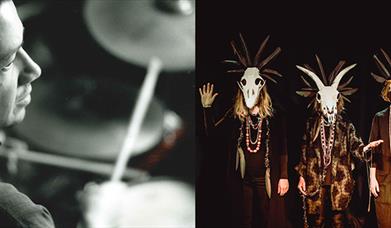 TDE: CollapseUncollapse and SkyllaExciting trio CollapseUncollapse (Mark Sanders, Andrew Woodhead and Chris Mapp) explore electronics and percussion within improvised music. Ruth Goller's 'Skylla' shines a light on a vocalist/musician who has revolutionised the UK jazz and improv scenes. She draws inspiration from deep within to…
more info 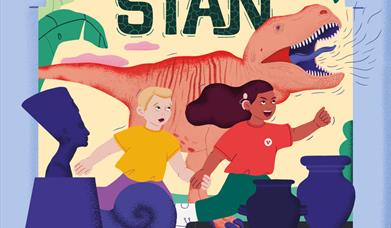 Art with Heart: StanArt with Heart presents 'Stan'. Sam is a happy, dinosaur loving 8-year-old whose world turns upside down after his parents separate. As he takes himself off to the far end of the school field he meets Alex, a deaf girl with a vivid imagination - and an impressive collection of dinosaurs. Bonding…
more info 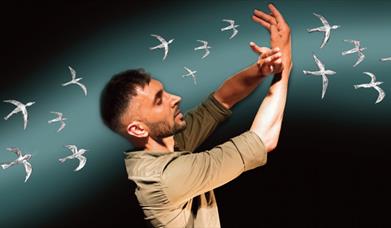 Little MurmurBased on the true story of one child's struggle with letters and words. Little Murmur is about facing challenges and overcoming the odds. An honest and funny tale about the trials and tribulations of seeing things differently. Jump into a world of dance, technology and illustration to see this…
more info 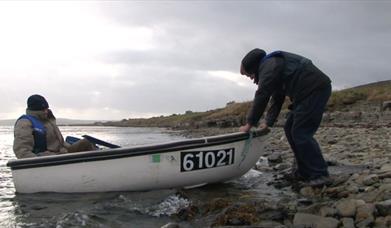 Father Earth + Graham Fellows Q&AFather Earth is the true story of one man's attempt to help save the planet, by converting a derelict church on the Orkney Isles into an eco friendly recording studio. It's also a fascinating study of a psychological power struggle between a character comedian - Graham Fellows - and his…
more info 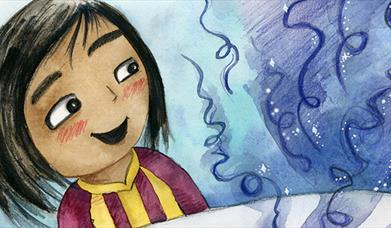 Jabala & The JinnA story of a little girl's encounter with a very cheeky Jinn. We're in Bradford. It's been a few months since Jabala's beloved Mum died. Dad is a brilliant father, but it's an effort to get to school on time every day. One morning, when she says goodbye to her house as usual, Jabala hears a…
more info 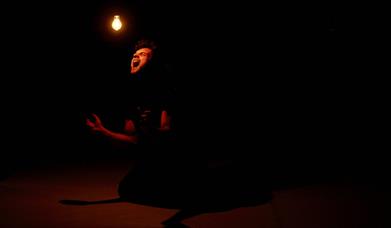 2Faced Dance Company: EVERYTHING [but the girl]2Faced Dance Company make their highly-anticipated return to theatres this spring with their unforgettable triple-bill of emotionally charged, lung-busting physicality. Packed with raw energy and exceptional movement from one of the UK's leading contemporary dance companies, EVERYTHING [but the…
more info 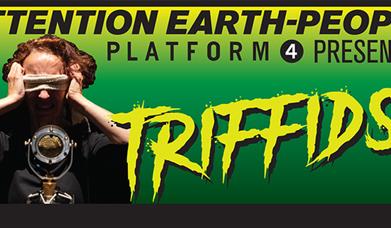 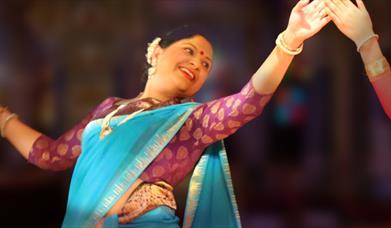 Sampad: Queen of HeartsIn this light-hearted duologue, a fading Bollywood star struggles to reconcile how she sees herself, versus how the world perceives her in age. Sparks fly as her younger self arrives to question her memories, and to suggest that maybe it's time to slow down and embrace aging. Written in English by…
more info 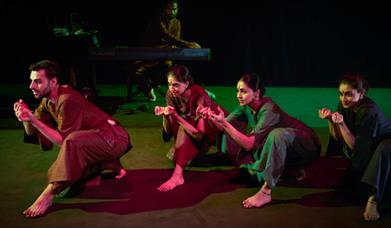 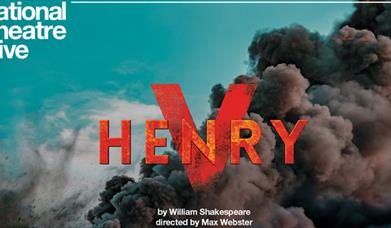 NT Live: Henry VKit Harington (Game of Thrones) plays the title role in Shakespeare's thrilling study of nationalism, war and the psychology of power. Fresh to the throne, King Henry V launches England into a bloody war with France. When his campaign encounters resistance, this inexperienced new ruler must prove…
more info