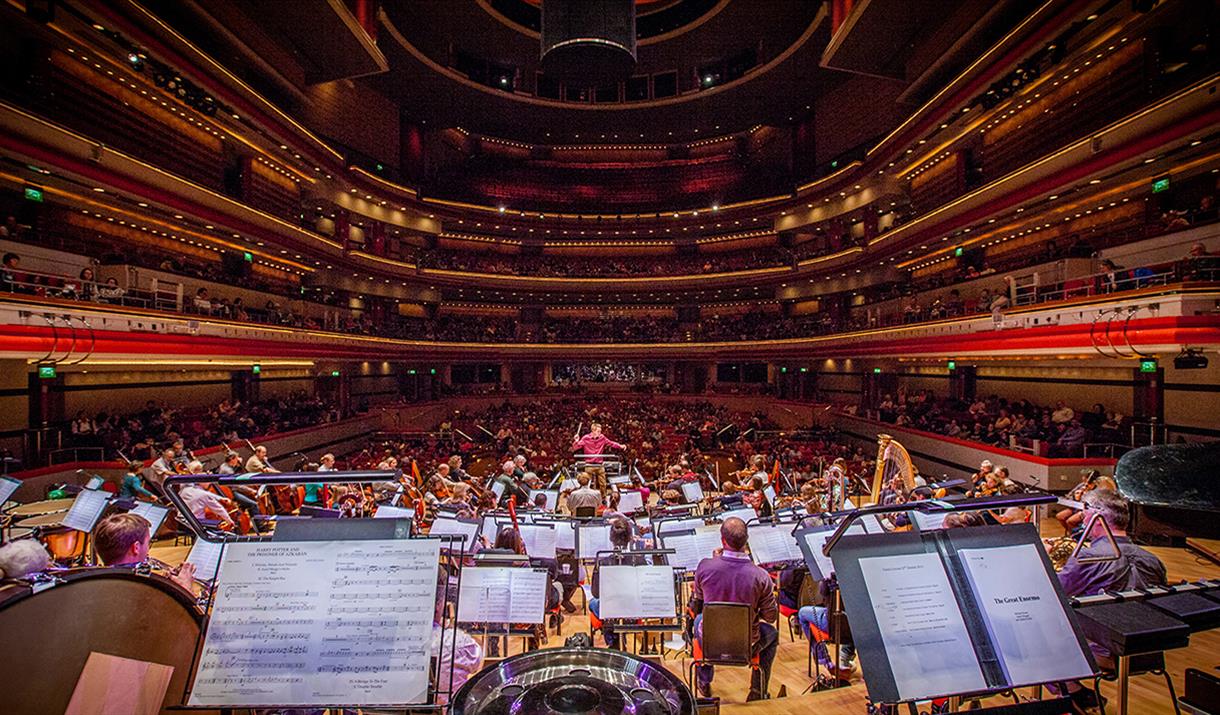 The City of Birmingham Symphony Orchestra is delighted to announce that – subject to the continued successful rollout of the government’s roadmap – it is planning to give live concerts for socially-distanced audiences at Symphony Hall each Wednesday from 19 May-7 July.

Each programme will be performed twice, at 2pm and 6.30pm, to allow for as many people as possible to join us in person whilst seating capacity is restricted.

Full details of the programmes to be performed will be shared over the coming weeks.

Both Town Hall Symphony Hall and the CBSO have adopted the ‘See it Safely’ toolkit (created by UK Theatre and the Society of London Theatre) to ensure that all performances follow the latest Government guidelines.

Stephen Maddock, Chief Executive of the CBSO, said: ‘All of us at the CBSO have been working tirelessly with our partners at Symphony Hall to bring live music to our audiences as soon as it is possible and safe to do so.  We hope that our weekly Wednesday concerts will be able to commence on Wednesday 19 May, with highlights including concerts with Mirga Gražinytė-Tyla, Kazuki Yamada and Edward Gardner as well as soloists including Stephen Hough. We can’t wait to share our plans with you soon.’

Based in Symphony Hall, it gives over 100 concerts each year in Birmingham, the UK and around the world, playing music that ranges from classics to contemporary, film music and even symphonic disco. With a far-reaching community programme and a family of world-class choruses and youth ensembles, it’s involved in every aspect of music-making in the region.

Elgar conducted the orchestra’s very first symphonic concert in 1920. But it was when it discovered the young British conductor Simon Rattle in 1980 that the CBSO became internationally famous. Rattle’s successors Sakari Oramo and Andris Nelsons helped cement that global reputation.

Now, under the dynamic leadership of Mirga Gražinytė-Tyla, associate conductor Michael Seal, assistant conductor Jonathan Bloxham and chorus director Simon Halsey CBE, the CBSO continues to do what it does best – playing great music for the people of Birmingham and the Midlands. As it approaches its centenary in 2020, the CBSO, more than ever, remains the heart of musical life in the UK’s Second City.