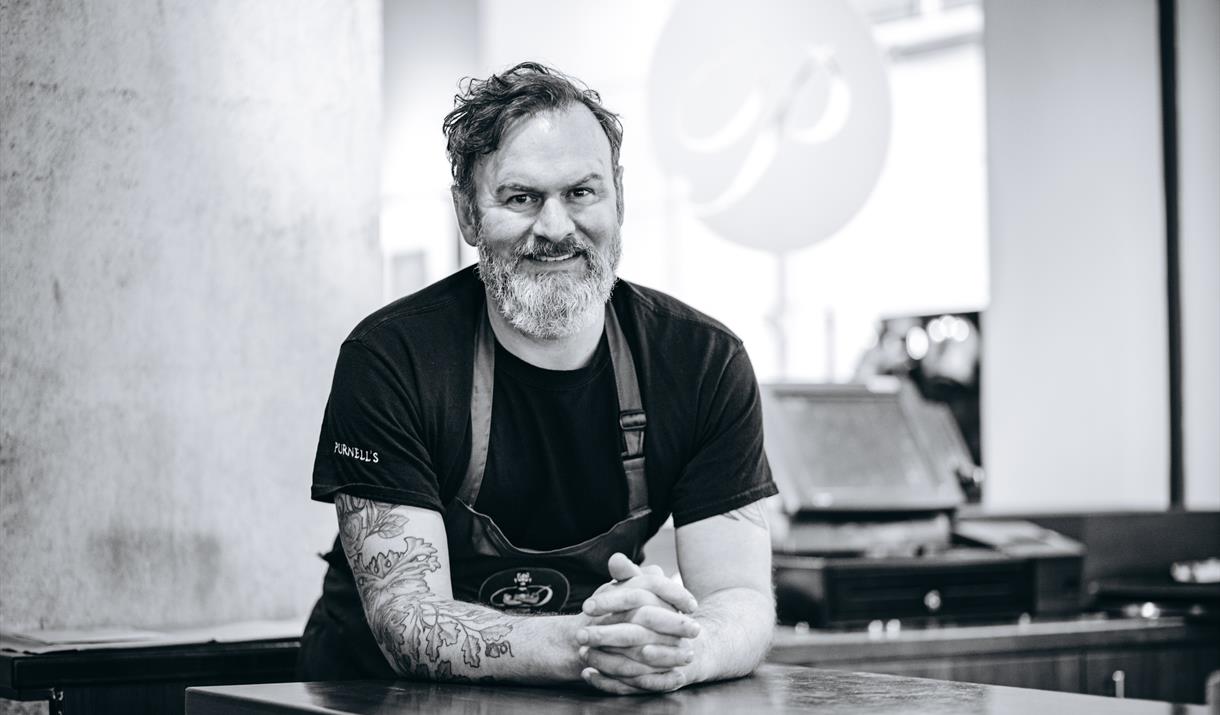 Birmingham’s own Michelin Star Chef Glynn Purnell is to open a pub in one of Henley-in-Arden’s historic buildings next month.

Purnell, who holds a Michelin star at Purnell’s in Birmingham, plans to bring the highest quality of food and drinks to the pub, which is on the site of the former Butchers Social on Henley-in-Arden’s mile-long High Street. Named The Mount Pub by Glynn Purnell, the pub is owned by local businessman Luke Fryer and his wife Tania, and will be run by Glynn, who has won the acclaim of Michelin judges and graced TV screens on Saturday Kitchen and The Great British Menu, and his team.

Once transformed by Luke, Glynn and the team, The Mount Pub will have around 60 covers inside and a similar number available in the garden outside. It will serve informal modern British cuisine with influences from around the world and from the chef’s classical training, with bar snacks such as hand-made burgers and black pudding Scotch eggs.

Glynn said it had been a long-held ambition of expand his businesses outside of Birmingham: “I am thrilled and proud to be part of what is unquestionably going to be an amazing venue. Bringing the Purnell’s brand to Henley-in-Arden, one of the prettiest towns in England, is very exciting. It is a massive opportunity to bring such a strong food brand into Warwickshire. My award-winning team and I will bring a stunning pub which will serve some amazing dishes. There will be some recognisable pub dishes on the menu- all with an added sprinkle of Purnell’s magic. The food will be tasty, hearty and will put a smile on people’s faces. Whether you’re celebrating a birthday, an engagement, a graduation or just celebrating life itself, we look forward to welcoming you for delicious drinks and fantastic food in a place where you can have lots of fun and make lasting memories.”

Glynn has brought in some familiar faces from the Purnell’s team to take the reins of The Mount Pub. Pete Casson, former General Manager of Purnell’s Bistro and Ginger’s Bar will oversee the pub as General Manager, and Phil Steggall, current Sous Chef at Purnell’s, will head up the kitchen as Head Chef.

General Manager Pete Casson said, “We have been overwhelmed by all the support and well wishes we’ve had so far since the news has got out about our opening. The Mount is currently undergoing a stunning refurbishment before we open, and the team are working incredibly hard and going the extra mile to ensure the venue looks absolutely beautiful.”

Bookings for The Mount Pub by Glynn Purnell open on the website from 10am on Tuesday 15 February. Reservations can then be made for dates from Wednesday 30 March. Book here: themountpub.co.uk